This Keith Urban app post has been compensated but all opinions are 100% mine.

Anyone who knows me and my family know that we just love Keith Urban's music.  Keith's songs were the first that really appealled to the Captain when he was around two years old.  He would get his toy guitar and jam out to "Put You In A Song," any time, day or night!  Here is a little video from when he was two and playing his arm as a guitar….haha:

The hubby and I have attended two Keith Urban concerts and they have both been amazing.  Keith is truly a fantastic entertainer.

TONIGHT, Keith kicks off the NFL season by performing live on NBC at 6:30 pm, Central Time, and he has signed up for another year as judge on American Idol.  Make sure to check those out.

And of course, Keith Urban's new album comes out on September 10th.  I know I've been waiting for this for awhile now!!! 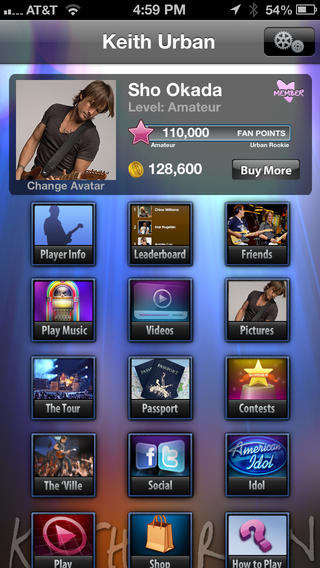 My sister and I went to Keith Urban’s concert last night at Blossom Music Center in Cuyahoga Falls, Ohio. It was a blast and the best show I’ve seen. Keith Urban and the band are always good. We thought you and the birthday girl was special. Keith you are an extremely down to earth person that treat all your fans like family.