A little over a year ago, I posted some "Fun Facts" about Captain Fussybuckets & Baby D.  I was thinking about it the other day and I can't believe it has been a year since I wrote it.  It feels like only a few months ago.  So, it's time I do it again.  The Captain is 4 1/4 years old and Baby D is 2 (almost 27 months).  They are so much fun and also can be quite michievous!

1.  He loves his pacifiers, still, or his "meh"s, as he calls them.  We've limited them to bed time, but he has to have at least two – one to rub on his cheek and one in his mouth.  The other night I asked if he wanted to give his pacis to his baby cousin, and he was excited and said yes, so I gathered them up and left the room at bedtime.  He was okay for a couple of minutes, but then he freaked out and said "MOMMY! MY MEHS!!!!"  So, I gave them back without incident.  He will stop using them when he's ready….right?  Let's hope.

2.  His speech isn't fantastic, but he's doing a lot better and trying more.  We think that he is just a bit lazy with his speech.  We've been challenging him more and that has helped.  The other day, I noticed that he says three words exactly the same:  "orange," "outside," and "Alice," who is one of his Bible class teachers.  So, I gave him this sentence to say "Alice eats oranges outside."  This is what he said:

3.  He's potty trained…but only when he's naked.  If he's not wearing anything on the lower part of his body, he uses the potty every single time.  But if we put underwear, a trainer, or a diaper on, it's over and he doesn't even try to get to the potty.  I don't really know what's up with that, but oh well.

4.  He loves food.  His favorites are oranges, blackberries, peas, and hamburgers.  He also ate a few pieces of broccoli the other day, which shocked me completely!

6.  He loves to watch himself in the mirror or while talking to family on FaceTime.

8.  He needs a haircut.  I'd love to let it grow out but it's just wavy, like mine.  He's got a large forehead so I can't cut his hair like the Captain's, so, I just leave it.  Who knows what to do with that mop!

10.  He LOVES to be outside – running, going for walks, playing at the park, or just wandering around the backyard, looking at the plants, etc.

1.  The Captain has started to become more responsible.  He is FINALLY understanding that cleaning up isn't FUN, but he needs to do it to be responsible.  He's still not a cleaning pro, but he's a million times better than he has been in the past.  He's also slowly but surely remembering to put his clothes in the hamper and shoes where they belong.

3.  He is learning about self control and moderation.  He remembers that the dentist said no more than one juice a day and he can remember if he's already had juice that day.  It's harder to have self control with sweets though (see #2.)

4.  He loves his green blanket, his cousins, and his baby brother.

5.  He can FINALLY buckle and unbuckle himself in his five point harness carseat.  HALLELUJAH!

6.  He absolutely loves music.  Of course he always has, but it's becoming more evident with each passing day.  He loves to sing, make up new songs, play instruments, and dream about playing instruments.

7.  He asks at least twice a day for something for his birthday.  His birthday isn't until November.

9.  He can sing the books of the New Testament, thanks to his Bible class teachers! 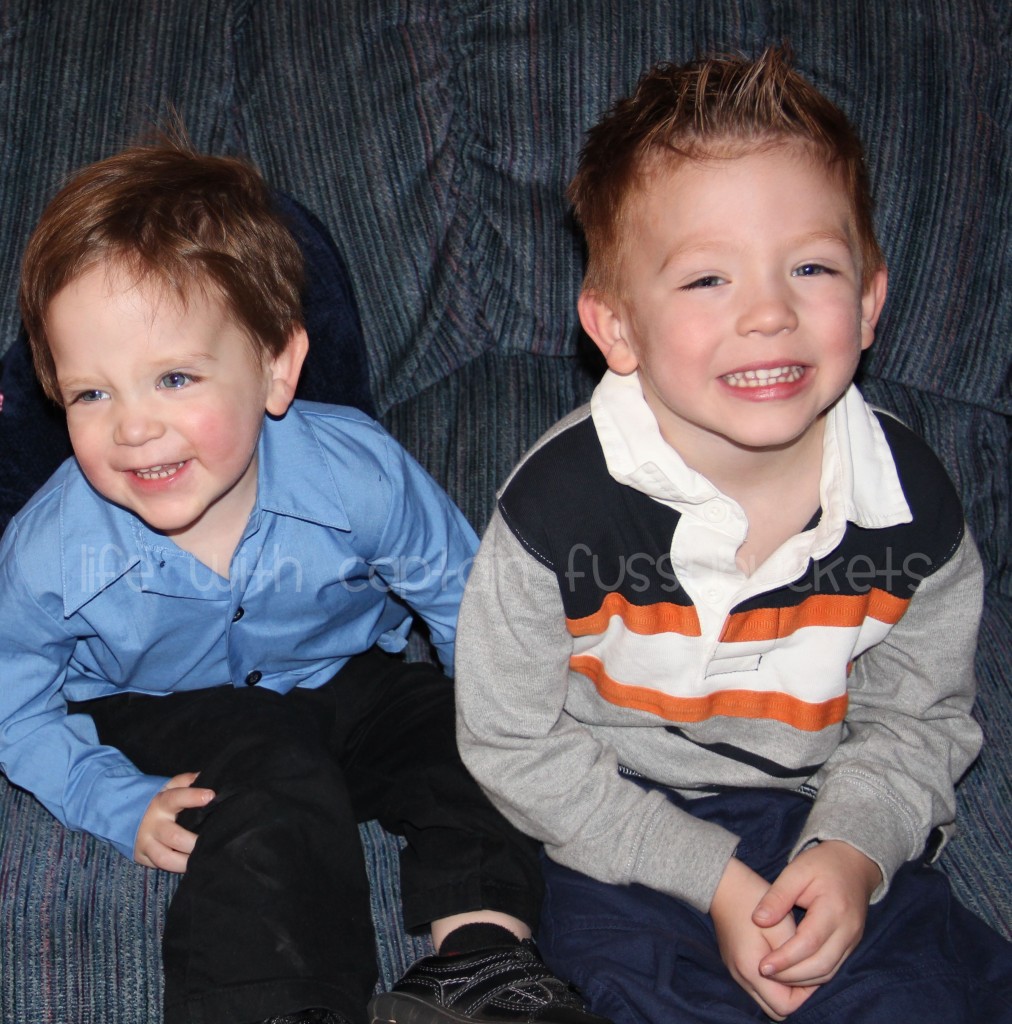 They're so cute. :) it's so amazing to look back at how much kids grow. i wrote down all these amusing things my teen said when he was tiny and we joke about them all the time now. just you wait until they get bigger and are always asking you what they said or did!

So cute - love all the little facts. I bet these will fun to look at in few years

When they can buckle themselves up in the car it really maks life easier!  For getting rid of the pacifiers I had a friend who cut the tips just a little and it made it so it wouldn't suck correctly.  Her son gave them up in two days because they didn't give the same effect.  Just an idea for when you are ready :)