I participated in this Elmer's Naturals campaign on behalf of Mom Central Consulting for Elmer's. I received product samples to facilitate my review and a promotional item as a thank you for participating.

Both of the boys are really into crafts right now.  It doesn't matter what it is, if it involves any kind of paint, makers, glue, etc, they're super excited.  That's why when we received our box of Elmer's Naturals eco friendly glue, this was the genuine expression on the Captain's face: 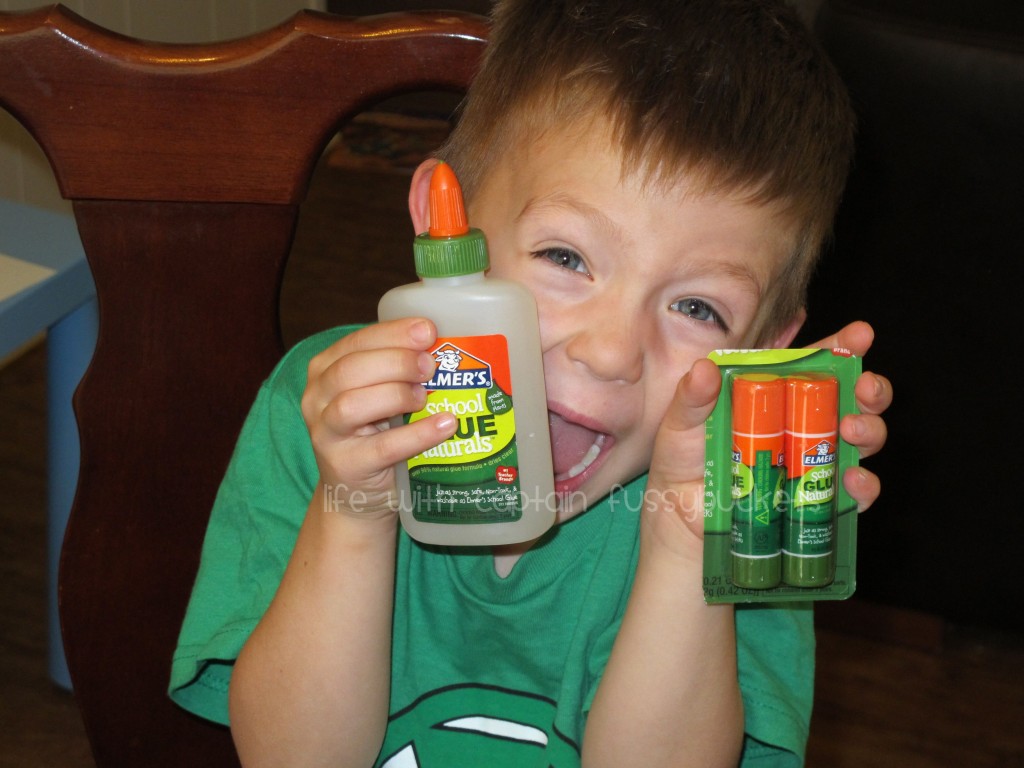 The boys wanted to craft as soon as the package was opened, so I decided that we should make a fun torn paper flower with Elmer's Naturals glue and paper.  I showed them how I would do it and let them do what they wanted.  D found the glue stick most fun: 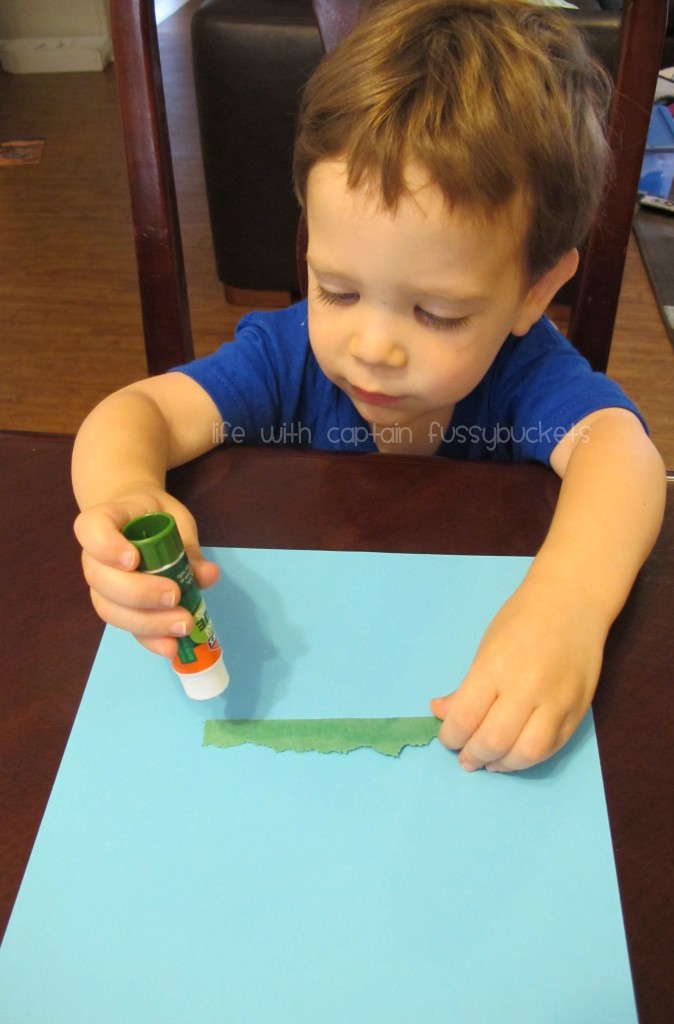 The Captain really liked the pourable glue and had fun tearing the red and green pieces of paper to make his "redbonnet," as he called it: 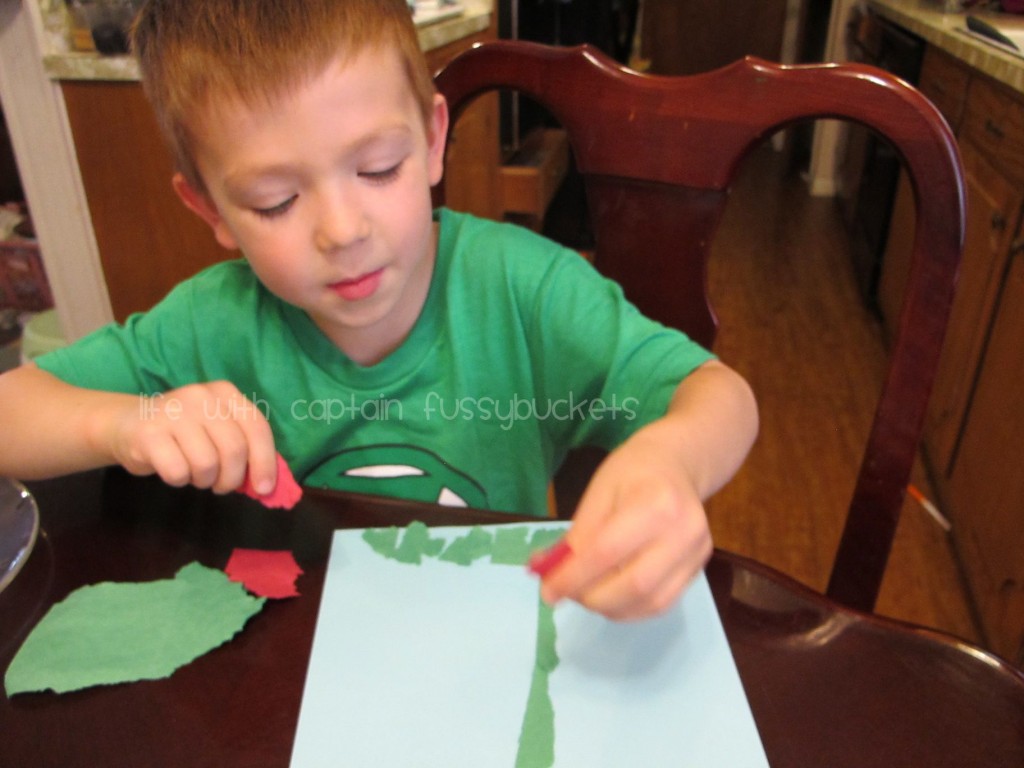 He had been making a Mother's Day surprise for me at school, so he wanted to turn his craft into a Mother's Day gift for me, which I thought was very sweet! 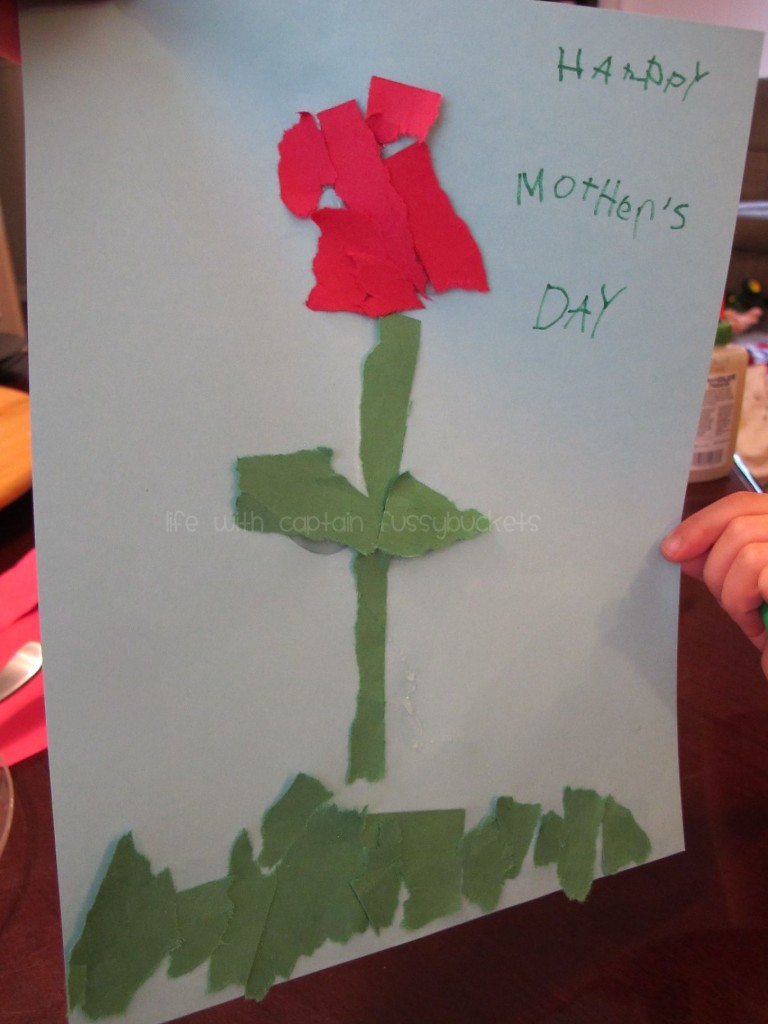 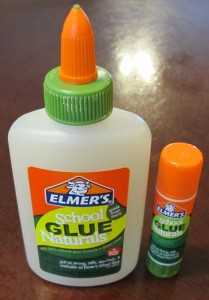 Eco-friendly tidbit:  empty Elmer's school glue bottles – both natural and traditional – can be recycled at home by consumers.  In schools, the glue bottles and glue sticks can be recycled through the Elmer's Glue Crew® Brigade® with TerraCycle and schools can earn monetary donations and other rewards for recycling!

This is super cute! I love it; pinned to remind myself to make this craft for the grandparents this Mother's Day. I love that Elmer's has a natural product line - so important to eliminate as many chemicals as we can!

Oh my goodness! That flower is so cute! I'm definitely doing something like this with my son this year. I know he'll love it.

That is cool. I had no idea Elmer's had natural glue