This morning I read a post at Tales From The Nursery – Foods Of My Childhood.  It's surprising how giddy I became.  Maybe that means I enjoy food too much, or that I enjoyed it too much as a child….or possibly both.  Either way, it was a nice walk down memory lane thinking about my favorite childhood foods.

When I think about my childhood, I remember a few distinct foods: 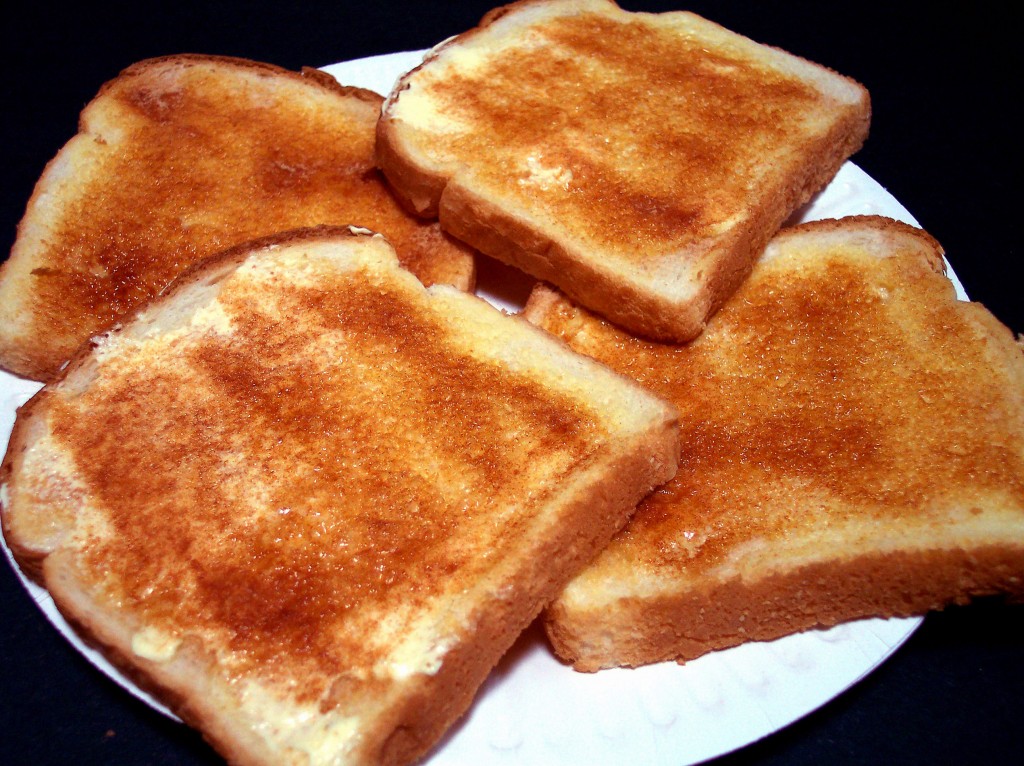 So, there you have it.  My favorite childhood foods.  There are a ton more like Pizza Inn pizza, hamburgers cooked by my dad on the grill, my mom's lasagna and chicken strips, but these were the more unusual ones that stood out.

I'm not sure what my boys will say when they're older.  They both eat a lot of fruit.  D loves nuts, too.  The Captain really loves sandwiches and of course, sweets….

What was your favorite childhood food?

Love cinnamon toast! I used to eat butter on saltines. Not the healthiest snack, but I always ate them at my great grandmother's house. Her house was on the way home when I walked from the bus stop. Saltines with butter will always remind me of her!

interesting!!  Very cool though, that you shared a special snack with a special memory!

What a fun post!  I definitely have a few and when they come back, they come flooding back!

One of my faves was PB&J with Spaghettio's - yep, good 'ole Spaghettio's, but it was SO delicious!

ha!  You know, I don't think I ever had Spaghettio's except once at a friend's house.  I was so jealous!

Homemade macaroni & cheese will always be one of my favorites.

Yum, those all sound delicious! I'm going to try that banana one with my girls.

Oh man, that was a super favorite!  Protein + fruit!

-eggs over easy-in toast (must be cooked that way, runny)

-cream of wheat with a cooled-hardened surface

Interesting.  The things I never knew about you!  :)