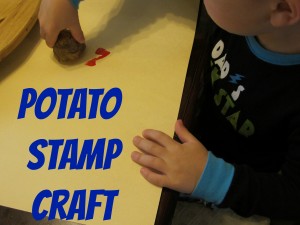 We had some sprouting potatoes that were not being used up quickly enough.  Sure, they’re still edible, but today Baby D and Captain Fussybuckets did some potato stamping!

First, you select the potatoes. 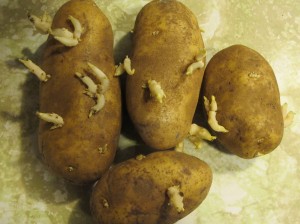 Then, you cut them in half and either leave the sprouts on or take them off.  Washing is also optional, unless you think your child is going to take a bite: 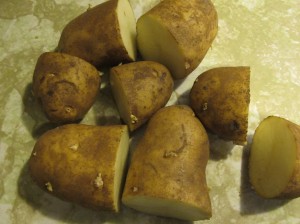 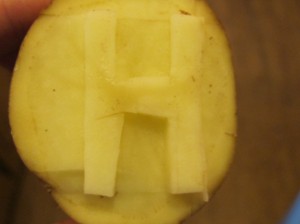 I chose to cut out the letters H, O, A, T, and Z.  Then I got some red craft paint, poured a little in a small, flat plate and let the boys stamp it up!  First up was Baby D: 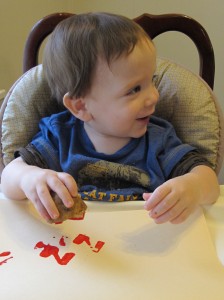 He really liked it and then went a little nuts with his stamping, but that’s okay! 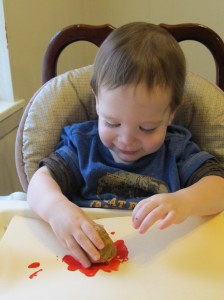 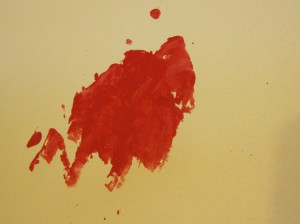 Next up was Captain Fussybuckets.  He is excited about learning to read words and how to spell them, so he was super excited about this craft!  He chose to spell “zoo” first: 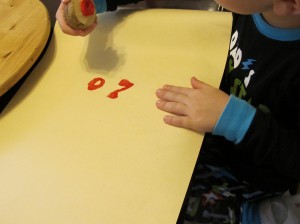 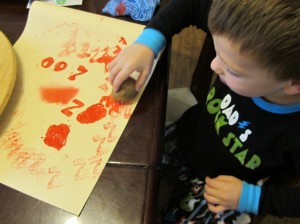 Time for a new piece of paper and more letters: 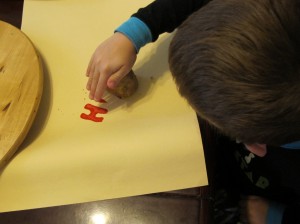 Super proud of himself: 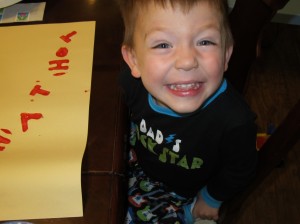 This craft was really fun AND educational.  We’ll definitely be doing it again.  The only slightly annoying part was cutting out the letters but as long as you don’t go all out and cut out the whole alphabet, it doesn’t take long.

How to Help Your Preschooler Learn The Alphabet

[…] it up: Create some fun potato stamps to let your kids play around with stamping different simple words (like their […]

Oh, such a great idea - and thanks for the reminder about the letters!

[…] you have on hand.  Or you could use those old potatoes and cut letters into them to make a potato stamp craft like we have […]