I have an interesting story to tell.  But, before I tell it, please know that this is NOT meant to be advice and shouldn't encourage anyone to do anything out of desperation.  But….the Pioneer Woman's iced coffee broke my water.  Okay, maybe it was a coincidence….but here's how the story goes:

Three weeks before my due date, I went to my routine OB visit.  He estimated that the baby was nearing 9 lbs.  He didn't do an ultrasound or feel around on my belly, he just looked at my large belly and made his guess.  I laughed.  The Captain was 8 lbs, 11 oz and D was 8 lbs, 10 oz.  (The Captain was a few days late and D was a week early, mind you.)  At that same appt, at 37 weeks and some odd days, doc said I was 2 cm.  (I really don't know why people share that information….it is information about your cervix that you're sharing with the world, you know, but whatever.  It is pertinent information for this story though, so I'll share with you now.)  The next week, at 38 weeks, I was at a 4.  I was shocked because even going into the hospital with BOTH other boys, I was barely a 1.  I was completely shocked.  (I attribute it to raspberry leaf tea, by the way, but who really knows.  Could be all that walking I did at the fair or shopping or … whatever.)

My parents had planned to come when it was time to have the baby, and of course I was a bit paranoid about what would happen if I had to go to the hospital in the middle of the night.  My parents live about four hours away, so I wanted to be prepared.  Well, that day, after the doctor said I could go anytime, I called them up, and they came that day.  I had heard of women walking around for days and even weeks as a "4," and I told them that, but they chose to come anyway.  It was nice to have extra help with the boys, but I didn't go into labor until 3 1/2 days later.

I promised myself that I wasn't going to be all antsy about going into labor.  I was given labor inducing medicine with both previous pregnancies and I just wanted to avoid that.  I looked into natural birth and decided that it wasn't for me, but I was sure that if I was vocal with my doctors and nurses, that I could get the birth I wanted.  But, that's a story for another day, I guess.

So a few days before Baby Brother was born, my sister-in-law was telling me about this iced coffee that she made days before her water broke with her son.  I'll admit it, I was up for anything at this point.  Well, besides castor oil.  WHY does everyone recommend that awful stuff, anyway?  So, yeah.  I wasn't at my due date yet, but the doctor said "you could go at anytime" and my parents were there, twiddling their thumbs, waiting for this baby to arrive.  I was willing to wait it out, but if I was at a FOUR and this baby was 9 lbs, well….maybe a little bit of prompting wouldn't hurt, right?  ha! 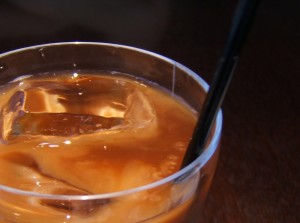 So, two days before my water broke, I made the Pioneer Woman's iced coffee recipe.  It has to work it's magic overnight, so I enjoyed it the next morning and WOW it packed a punch, but it was super delicious.  Hubby agreed, too!  Sure, caffeine overload isn't good for pregnancy but it was much needed that day.  And, to make this long story come to an end finally, I woke up at 5:50 AM on November 24th to pee again, and as I got out of bed, my water broke!  I couldn't believe it!  It had never happened like it does "in the movies" but this time it did!  Hallelujah!  And about 8 hours later….Baby was born! 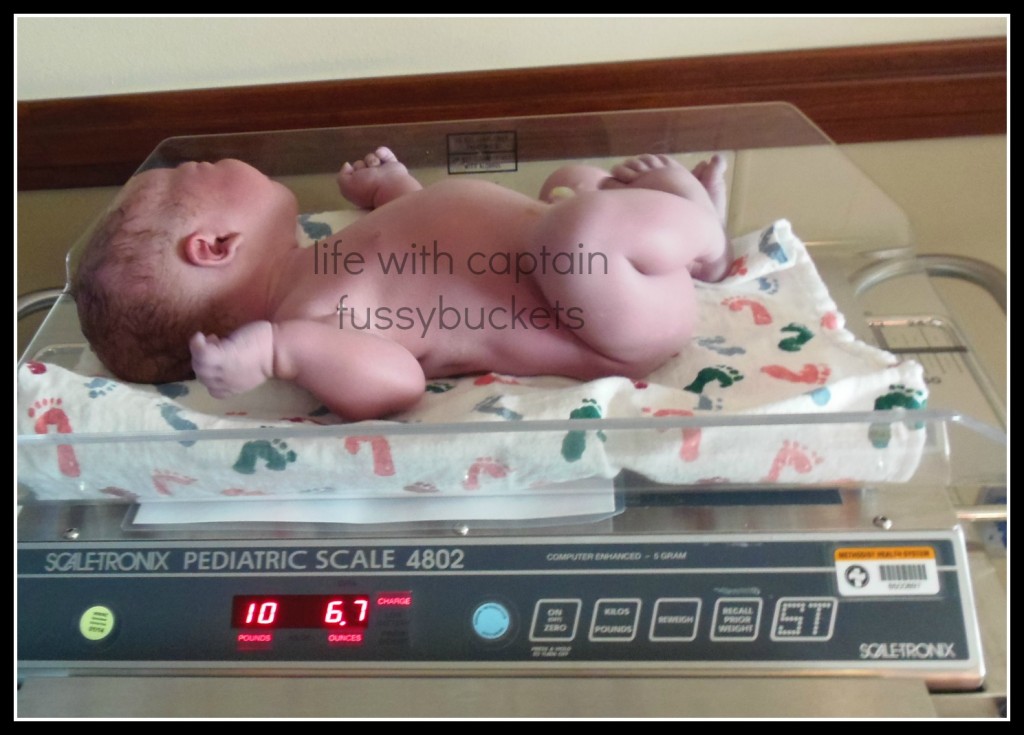 And so….I leave you with my bit of wisdom that I wish I had learned with Baby #1…..iced coffee.  THE iced coffee…  That's my addition to the old wives' tales of what you can use to induce labor!   (Because really, a 10 lb baby and gravity probably did the trick more than the coffee, but that's my story and I'm sticking to it.  🙂

(but remember….you're not really full term until 39 weeks and even then, the average length of pregnancy is like 40w, 3d, or something, so don't get in a hurry because a natural progression of things is way better than pushing and prodding Baby out.

What a yummy way to bring Baby into the world! I'll have to try this next time...or tell someone to try it next time since it's not happening to me anytime soon!

Liza @ Views From the 'Ville

That's too funny!  Maybe Ree should look for some different marketing outlets for her iced coffee!

Well I wish I would have known this!  My daughter was 9 days overdue and they had to break my water and give me pitocin to start the contractions.  That being said she was itty bitty compared to your son just 6 lbs 3 oz!