Our oldest started playing soccer a few months shy of turning 4. His dad was the coach and it was our first experience at any kind to play sports with a team for our kids. It was challenging for us because we also had a 1 1/2 year old who really did not want to be there and my husband soon realized that 3 and 4 year olds were a bit hard to work with, at times. It was a great learning experience for everyone and our son fell in love with soccer and made some new friends. Fast forward to today, our son is 10 and he has played 13 seasons of soccer, 2 seasons of indoor soccer, 1 season of baseball, 5 seasons of basketball, and is signed up to try flag football this season. Sounds pretty crazy, right?

The Benefits of Sports for Kids

We are not the parents who are crazy about sports, we really aren’t. We don’t push them to join a team. I notice when signups are, ask them if they want to play, allow them time to think about it, then I sign them up. We were so blessed for our oldest to be able to play on the same soccer team for, essentially, all but the first season. The players, coaches, and name changed, but it was the same team that grew over the years. He learned so much, not only about the game, but about sportsmanship, confidence, dealing with anxiety, thinking ahead about what was needed for a game (uniform, socks, shoes, equipment, water, food, etc) and how to communicate with people of all ages, races, beliefs, and more. He learned to manage homework and practices, and that practice was essential, even if he did not feel like going. He has also learned to deal with sports injuries and not always being the best. Recreational team sports have taught him SO much. (His little brothers, as well, but let’s just focus on the oldest for now.)

Now that we have moved to another team, he has the confidence in himself to join a team where he knows NO ONE and try a BRAND NEW SPORT that he has never played before. His confidence inspires his little brothers and while that’s a huge task to place on a 10 year old, he does it well. Inside I know he is anxious, maybe moreso than the average 10 year old, but with all of that experience in recreation team sports under his belt, he is able to conquer his anxiety. 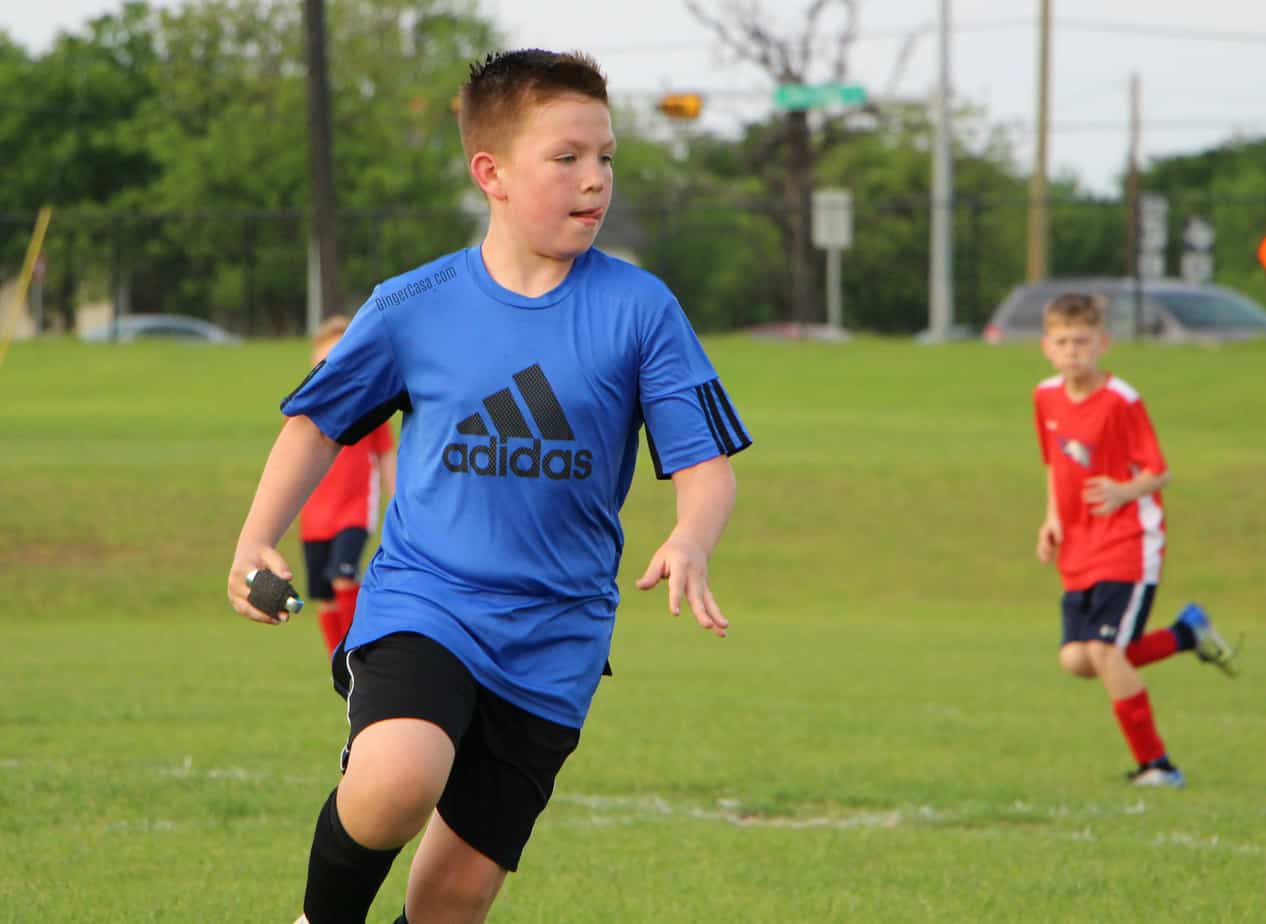 Try To Go and Watch Them Play Sports

Something that I cannot stress enough is that if a child invites you to watch them play sports, try to go.  Try to go to at least one game. If a child invites you to watch him or her play, that means that you are special to them and they value your friendship. My boys have asked teachers, friends from church, and friends from school to watch them play. Never have they just printed out their schedule and started handing it out, but they have asked maybe 2-3 people a season to watch their games.

Of course they ask grandparents to go, and thankfully they have been able to come see them play. That is somewhat expected of grandparents though, right? Either way, we have been blessed with grandparents who want to see our kids play and have been physically able to do so.

Why am I saying all of this? The reason is because my child can list out every single person that has come to watch him play. And if he somehow forgets someone, my husband and I will be able to tell you. It means that much. Going to a child’s game (or performance, or play, or recital) is telling a child “you are special to me” and “I want to see you do something you love, that you have worked so hard at.”

Now, I know…soccer, football, and baseball are all hot. Well, if they are not hot, then it is windy or cold, or too sunny or just unpleasant.  Just ask our middle son! He played two seasons of soccer and avoided it for years because it was “too hot.” But then he started playing again a year ago and has fallen in love with the sport again. But if a child asks you to attend one of their games, ask the parents questions like “what should I bring to sit in?” or “should I bring an umbrella or extra sunscreen?” I guarantee you parents will be able to tell you exactly what to bring, what time to come, where to park, where to sit, if there is any admission charge, if they have an extra seat for you to sit in, etc.

Sometimes You Just Can’t Go, I Get It!

On the flip side of this is that my husband is a youth minister, so he has been invited many times to games and performances and he has not been able to make it sometimes. I know he regrets going to football games of his students when our kids were younger. Part of it is my fault because after a long day at the office and me at home with the boys, we just want to get the kids to bed and take a breather. I get that. I also get that if you are a teacher with 22 kids and also a family at home, it is almost impossible to attend things. I am not trying to give anyone a guilt trip, but just asking that you not brush it off and consider maybe going to one game.

I told you that my 10 year old can tell you everyone who has ever come to see one of his games, right? Well, unfortunately for him, he has an amazing memory and can also tell you a handful of people who have said “I am coming to your game on Saturday” who never showed up. If a kid asks you to attend their game and you are not 100% certain you will be there, please say “I will try my best to make it!” and then follow up later that you really meant to go but couldn’t get away. That’s understandable, and that is a lesson kids have to understand, as well, but saying “I’m coming to your game” and then never showing up stings a little, both for the player and their momma!  Seeing my kid scan the sidelines for that special person that they invited and never seeing them just hurts my heart. Again, this is a lesson that they have to learn and something that everyone faces, but it really is avoidable. If you don’t plan on attending, please don’t tell my child that you will be there. 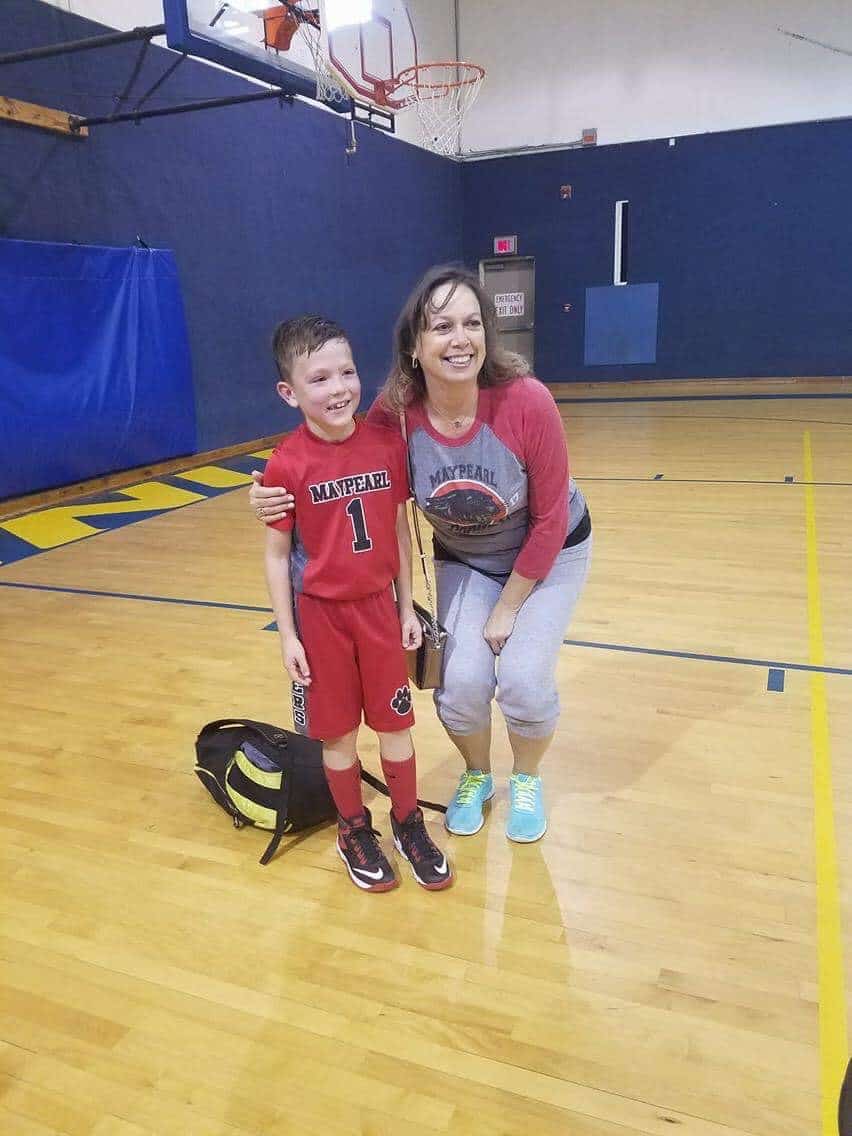 What if I Just CANNOT Go?

Thank you to everyone who has encouraged my kids over the years or asked about how their game or season went. Because even if it just isn’t possible to attend a game, just asking them how it went is also SUPER encouraging and helpful and helps my kids know that you care about them. (I bet my son can also remember those sweet people at church who ask how a sport is going for them, even if they never saw him play.) These little interactions are priceless. I need my kids to feel that adults value them and care about them. They need to know adults are there for them and care more about them and will talk to them (more than just scolding them at church for talking or running.) They will be adults one day and I want them to ask little ones how their games, seasons, performances, plays, camps, etc went and not just talk to children when they are annoyed with them.

So, I encourage anyone reading this to first, ask a child how their extra curricular activity is going and encourage them. Secondly, if a child asks you to come watch them play a sport or instrument, act in a play, sing in a choir, receive an award at Boy Scouts, cheer, compete, etc, please try to attend. It will mean the world to them!

And parents…make sure to remember to take pictures so your child will ALWAYS remember when their teacher, preacher, friend came to see them play!!

Read also how sports can help kids with ADHD.

[…] Above all, the gift that the sports loving kid loves the most is the gift of you attending some of their games. Read here to see why it’s so important to go to a game if a kid asks you to come! […]