Skip to Content
0 shares
As some of you may know, the 3 year old, Captain Fussybuckets, has been having issues about sleeping in his own bed.  Some of it is his age, some of it is the fact that he's been sick a lot lately, but, almost every night for the past few months, he's been making his way to the little couch in our floor sometime in the middle of the night.  We tried taking him back to his room, putting up a gate, lots of different things, but the couch on our floor was a little compromise so he didn't keep us awake by sleeping with us in our bed.  He even prefers to take his naps here, so I guess it is comfortable!  Well, a few months ago I had the idea to start making a sticker chart where he would get one sticker for every night he slept ALL night in his bed until the sun came up.  At first, he didn't really grasp the concept, and wanted to fill up the whole chart.  Well, he's finally gotten the idea and while I still really think it's out of his control, because who really HAS self control in the middle of the night?…he is on his third or fourth chart.  So yeah, only about 21 days he has slept in his bed all night until the sun comes up.  (he still gets a sticker if e comes and sleeps on our floor AFTER the sun comes up, which is what he usually does, but at least he's going back to sleep!) 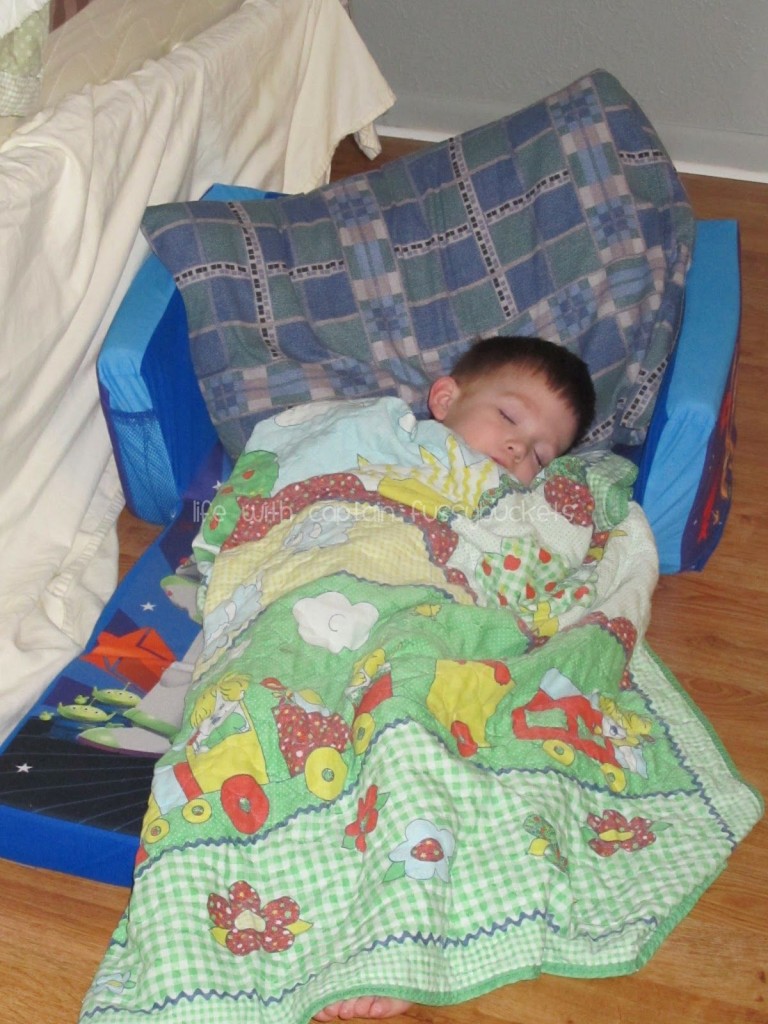 So yesterday he filled up another chart:
Well, my sweet boy decided that I needed a chart and I would get a sticker for every night I slept in my bed until the sun came up!  I just love his art! (and my completely over exaggerated eyebrows!)  I can't wait to fill up my sticker chart!!! 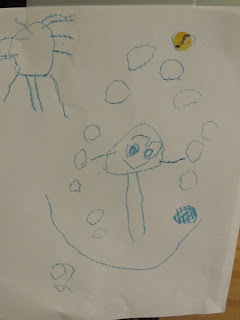 Holiday Traveling is Made Easy with The Shrunks Toddler Travel Bed!

[...] Pack 'n Play after they got past the baby stage.  We take along Captain Fussybuckets' couch, but it's not ideal for sleeping all night long since he's so tall now.  He's at [...]

That's adorable! My little guy often comes and sleeps on a couch in our room as well. It's a good compromise for him to get his sleep and feel comforted by being near us w/o being in our so long as he doesn't wake us up while making his way there. I love his sticker chart for you. Too cute!

Love how creative his chart is! And how personal! I hope that it works for you and he is able to sleep in his own bed - we're struggling with that issue too... and I know how hard it is .

The chart was really a great idea, especially at such a young age. Learning to track progress is so important for kids these days when their attention is being constantly pulled in so many directions. Personally, I try to use them all the time but fail miserably. I always end up with so many unchecked lists, not because I don't finish the tasks, but because I forget about keeping track of it all.

The chart your son drew is really creative! I just <3 how he made the spaces for the stickers into a circle around you...kind of like an aura of accomplishment. Too adorable!

Thanks so much for stopping by and linking up at Thirsty for Comments Thursday!

Aww, how cute is he! I love his sticker chart for you too :-)