The other day we were eating a meal with some other families and I overheard a sweet little boy say "I'm picky."  His mom swooped in and said "yes, he's so picky, he will only eat XYZ."  Hmm….  Then I thought to myself….I do that.  I do that with my kids!  I label them and pretty soon, they're going to be older and used to that label, so what if they continue through their life thinking they are what I have labeled them, and thus refuse to do things that go against their label?  If I call my child picky, he will run with that and use his label as an excuse not to try new things?  Note to self:  don't call my child picky, at least not in front of him.

Well, the Captain's latest thing is "I'm shy."  Which, yes, he is going through a shy phase but anyone who knows this kid would definitely NOT call him shy.  It's more of a "I want to be with Mommy or Daddy 24/7 and I don't like when people look at me" phase.  I know he has talents that would be hindered if I agreed with him and started calling him "shy."  I've always been shy, but I don't ever remember my parents calling me shy.  It was my own fault, really.  But had they actually called me shy, I imagine I would've never aspired to do anything in the public eye, like become a kindergarten teacher, for instance.  But, that's another story….the point is, I have to remember to not label my kid "shy."

So…parenting tip to myself….let my kids be who they're going to be, encourage them, build them up, help them reach for their dreams, but don't label them as "picky" or "shy" or even "grumpy" or "fussy" as I tend to do with my kids.  I will still call them "grumpy" and "fussybuckets" but maybe not so much where they can actually hear me.

On the flip side, good labels can be bad, too.  If I see that the Captain excels in school, I know I shouldn't label him as "the smart one" because then, Baby D might feel that he can't be smart because there is already a "smart one" in the family.  Sure, you're reading this and gasping, possibly, at the idea that a parent would label their kid as the "smart one" but I've heard it SO many times.  "Johnny is the "athletic one" and Suzy is the "smart one" and little Harry is the "michievous one."  Seriously, it happens all of the time and I just don't want my kids to have to live in a box that way from a phase they go through.  I know that both of my children are smart, musical, athletic, handsome and they will hopefully find something they really love because their parents haven't labeled them and insisted they're picky and MUST eat chicken nuggets for the rest of their lives.  😉 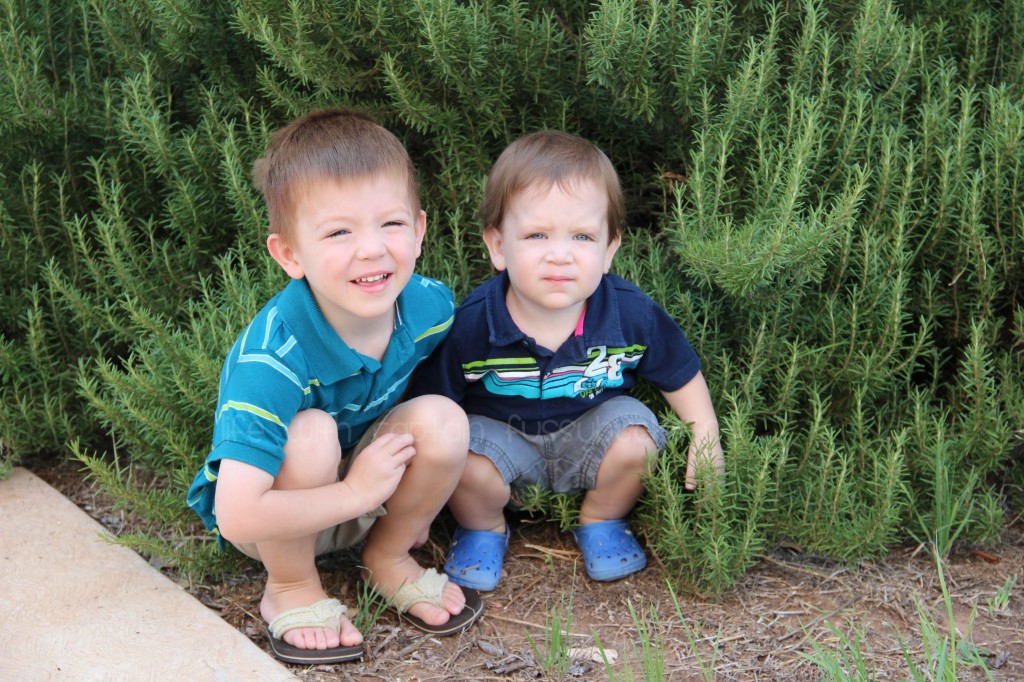 Toothpick Feast For Kids: Great Way To Get Kids to Eat AND Clean Out The Fridge!

[…] do not like to call my kids picky, but sometimes it is difficult to get them to eat what I put on the table for them. If it is a […]

Enjoy Breakfast for Dinner ... 23 Delicious Recipes For Everyone!

[…] am the mother of three boys with very different tastes.  I don’t like to call them picky, but they do all like different things and it is very hard to get them to agree on anything.  We […]

I catch myself doing this all the time! For example, If I do complement my 4 year-old DD for knowing how to write her name. I might say,"You're so smart, good job!". I try to describe her achievement in a more constructive form of praise. I say something like,"You should be so proud of yourself! You can write and spell your name so well!" instead of just, "good job!". Thanks for sharing a really important topic that more parents can work on ☺.

It's so hard!  I wrote this a few years ago and actually catch myself calling them picky but then I backtrack.  Just another thing to make us parents crazy.  haha!  We do the best we can!  :)

Aw, thanks, Janet.  As is your little man!  Simply precious!!