A while back, I noticed that our grapevine was out of control.  It grows on the fence between our garden and carport, and it was so out of control that the boys had to push them back if they go out of Daddy’s car.  It was almost like a jungle!  I enlisted the help of the Captain and D to prune the grapevine, which apparently you are supposed to do in the winter, anyway, to encourage new growth in the spring. 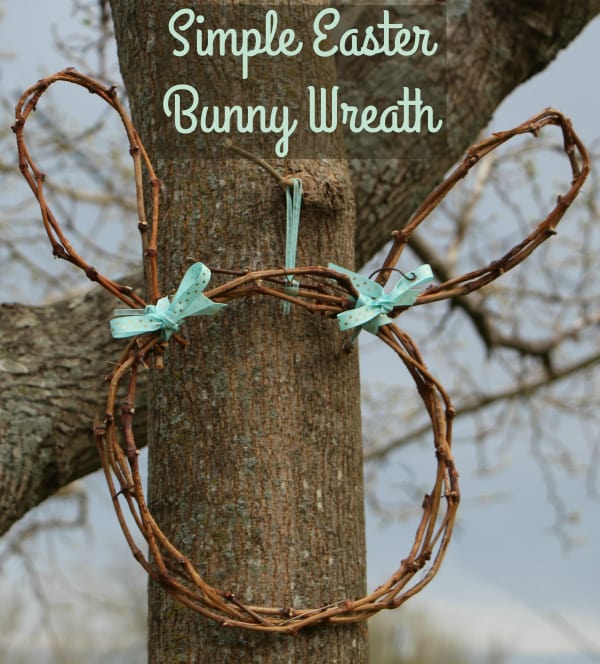 I taught the boys how to use the loppers to carefully trim the old vines that were growing right into the carport and our garden.  Traditional pruners would have worked too, but well, loppers are more fun to use and to say.  The Captain would prune off a few vines, then D would.  My little boys LOVE to cut things, especially big things like a grapevine!  After a lesson in where to cut, I let the Captain get a bit too comfortable and he lopped off a huge part of the vine, but hey, it happens.  It will grow again!

While I don’t have a before picture, this is the after shot of our grapevine: 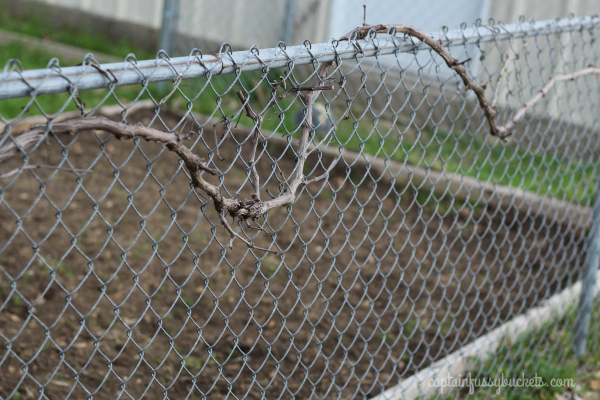 And these are the new leaves that have just started growing in the past week!  Spring is (almost) here! 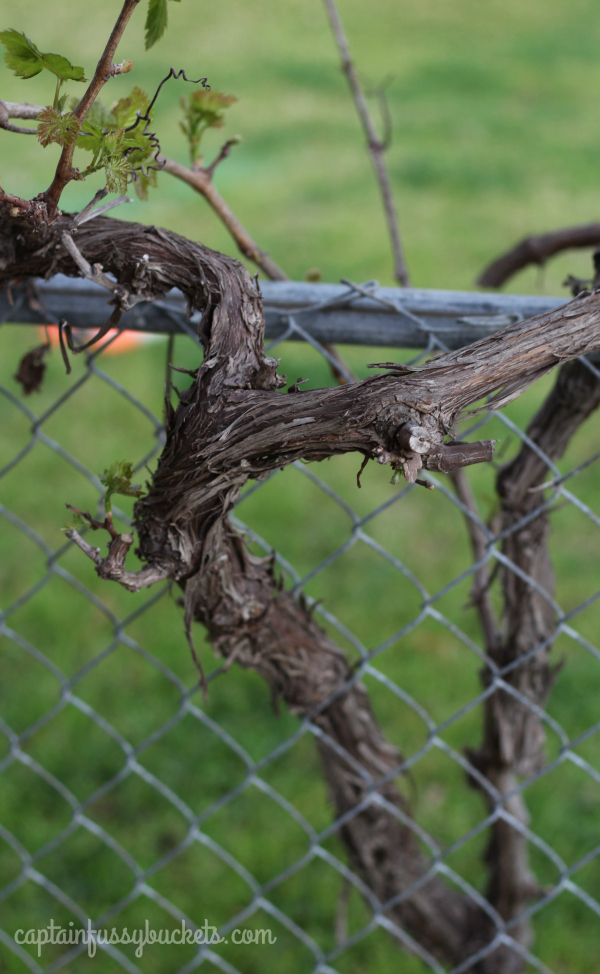 After all of the pruning was done, the boys and I were taking all of the trimmings to the dumpster when I thought….”I should make these into a wreath!”  I sat down with the Captain and we formed the bunny head and ears pretty quickly.  I struggled with how to tie it all together, but I temporarily tied them together with some old twine that we had to keep the blackberry bush supported.  It wasn’t very pretty, but it worked well and helped the pieces keep their form while they dried out a bit.  I later added pretty ribbon to make it more Spring-y. 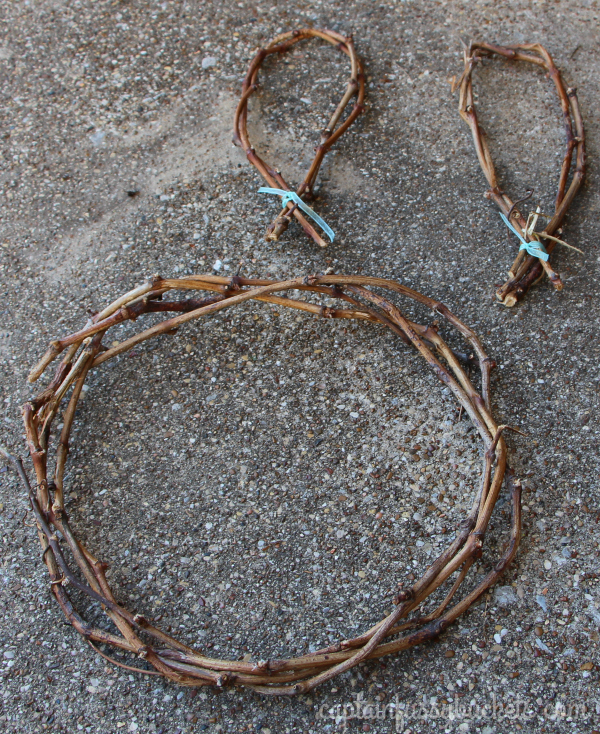 Have a Happy Easter and Happy SPRING with this Bunny Wreath! 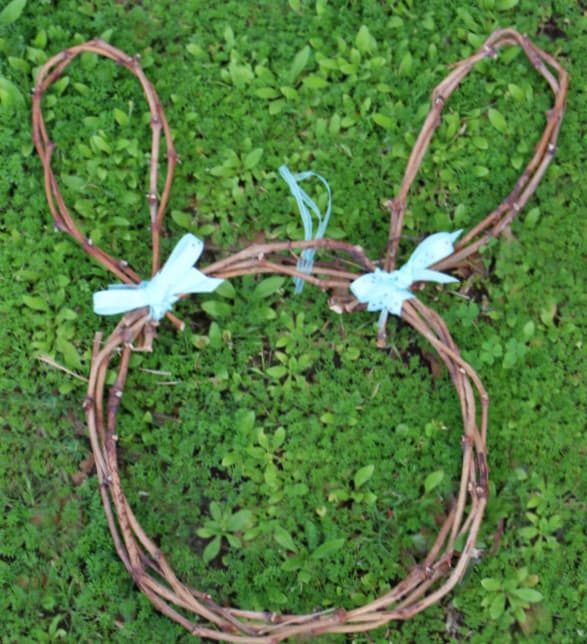 Make this adorable, simple Easter bunny wreath out of grapevines!

Did you make this project? 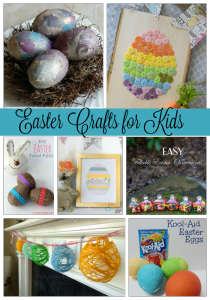 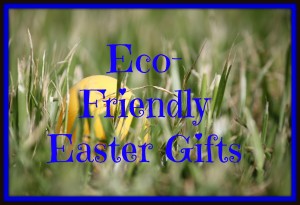 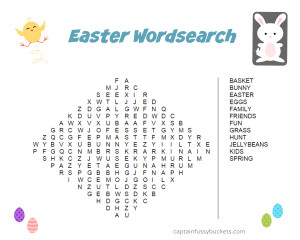 Family lifestyle blogger from
Tyler, TX
. For more information, check out my Media Kit and Disclosure.Skip to Instructions
25 shares