The famous Australian kids' band, The Wiggles, just announced that three of the founding members, Jeff, Murray, and Greg, are passing down the torch to some NEW Wiggles!  The Wiggles announced on their website that while Anthony will be staying put as the Blue Wiggle, there will be a new Purple, Red, and Yellow Wiggle after the end of the year and the end of their Celebration World Tour!  (Check out the website for a show near you!)

The new Wiggles were chosen by the outgoing Wiggles and have been dancing and singing alongside the Wiggles already…  Lachlan, Simon, and Emma…yes…a girl Wiggle!!  While it will be sad to see the original Wiggles (minus Anthony) go, I'm excited to see some fresh faces in Wiggle Land!!

Captain Fussybuckets and Baby D really love the awesome music and dancing of the Wiggles!  There were days when the Captain was younger when the "You Make Me Feel Like Dancing" was constantly on.  In fact, we had to buy a new DVD when the original was lost!  The Wiggles have provided lots of joy to the boys and we are very thankful to the Wiggles for this!  I can't believe they've been performing for TWENTY-ONE years!  Who knew?  But I'm glad the Wiggles will live on in the new generation!  Yay, Wiggles! 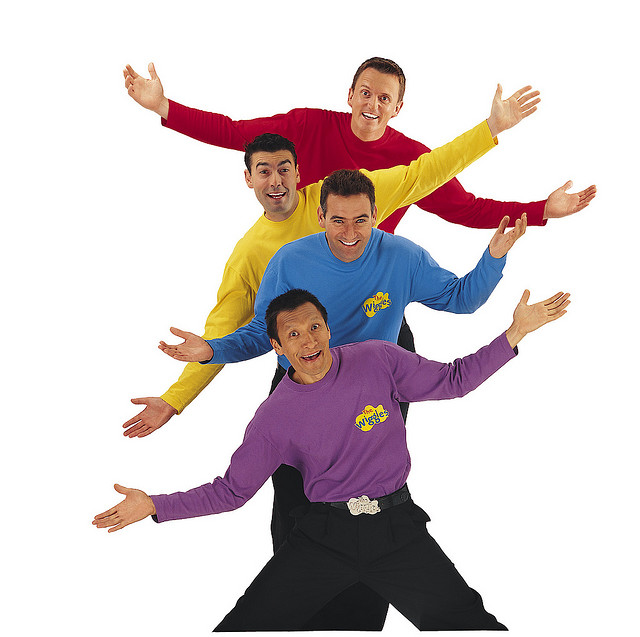 We had an AWESOME time at the Wiggles' Concert!

[…] you didn’t know by now, three of the original four Wiggles will be retiring at the end of this year.  That’s why I was SO thrilled to be able to take the boys to one of […]