It's times like these that I wish I was efficient and liked to schedule posts far in advance.  If you're a frequent visitor, you might have noticed that I haven't been posting much lately.  Some really awesome bloggers have posts scheduled so when life gets in the way of blogging, they don't have to worry because they have posts all ready to go!

Well, that's not me.  We've been busy around here!  First Baby D had a fever for a few days and was super clingy.  Then, when the fever was gone, a rash broke out, so we're pretty sure it was roseola.  The Captain had roseola as a baby and he didn't have an ear infection (thank goodness), so hopefully that's all it was.  Then, when he got well, the Captain started having a runny nose….just as Vacation Bible School started at our church.  This kid has been waiting for VBS since last year's VBS and was so excited to start!  His two cousins even came down each night and they all had a blast, but poor Captain had a runny, stuffy nose and a permanent red moustache from wiping his nose so much!  🙁  BUT he got through it and had a great time.

So, hopefully I'll get back on track…there's some awesome stuff I want to share with you if I can get my act together!  But for tonight, I'll leave you with this little gem.  My son grabbed the top of the ice cream maker and his cape to become this fascinating superhero: 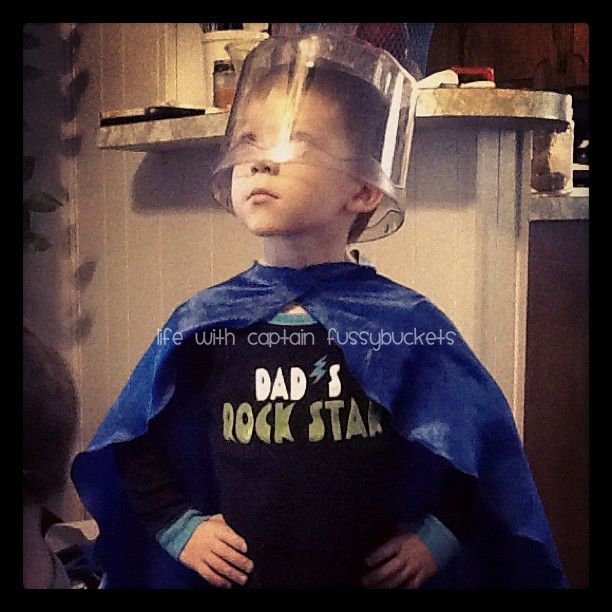 I don't schedule my posts either! I probably should. I lovethis photo of your little boy!

Thank you! Maybe one day I'll schedule a post...ha! But probably not!