Sometimes I remember back to what it was like….our life with no kids.  We had one computer, one TV, two dogs, and that was pretty much it.  What on earth did I do before I had kids?  Hubby and I got married 2 weeks after he graduated from college and 6 months after I had, we quickly moved and started our lives as youth minister and wife at a new church.  It was a blast.  We loved those first few years.  I remember the summer after we got married, we got a dog, I searched for a job, had 13 interviews before I actually GOT a job in September, spent a lot of time at youth events, and I had a fun time playing "housewife," cooking, organizing, and all that jazz.

Once I got a job as a kindergarten teacher, though, I hit the ground running.  It was like nothing I had ever experienced.  Student teaching was very tame compared to a full time teaching job.  There was no way I could possibly be prepared for that!  Despite the fact that I took the place of an older, wiser teacher that had been moved across town to another school after school had already been in session for a few weeks, I had my own classroom with very little help.  It was chaotic and a huge learning experience, but I really did love it.

After three years of teaching, Hubby and I decided that we wanted to have kids.  It took a while to get pregnant, but it was the perfect timing.  I was able to "retire" from my teaching job at about 4 1/2 months pregnant, which allowed me time to myself and Hubby before Captain Fussybuckets was born.  I remember lounging around a LOT that summer, playing dumb games on the computer and being as lazy as possible.  But really, I think every woman should be able to do that before their first child is born because that time will never, ever happen again!!!  Well, until the Kid moves out, but even then….I have a feeling that the worrying and thinking about children, even when they're adults, causes no woman to truly rest like she did before children!

Man, looking back now, we sure have aged a lot since having kids, but it's been worth it! 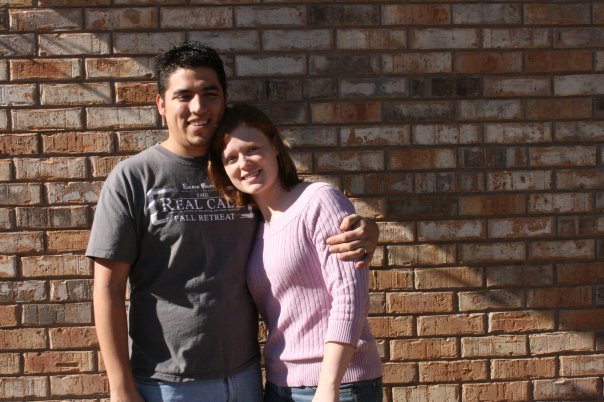 So there you have it, my life before kids.  What was your life like before kids?  Will it ever be the same again?

Life changed for us from before kids but we didn't have a lot of time.  We were pregnant before the 6 month mark so we had barely adjusted to the married part.

I am much more tired these days, but having a child definitely brought out the best in me.