Thank you Essilor Vision Foundation for sponsoring this post. EVF provides over 500,000 pairs of glasses per year to people in need and works with schools, eye doctors, charities, and corporations to help build vision ambassadors focused on serving their community. Vision Problems in Children – How the Gift of Sight Changed our Son’s Life

Yearly eye exams have been something that my husband and I have believed in, but admittedly only because they were included in our health insurance package. After our oldest started going to school, we made yearly eye exams a priority because we knew that vision problems in children could be fixed before major problems arose. It was something exciting for them, but important for us to know that they could see clearly.

When it came time for the boys’ eye appointment in 2018, I inquired about getting our then 4-year-old checked, too. The receptionist told me that it was recommended for kids to have their first eye exam at age 3, so we scheduled three exams on the same day. 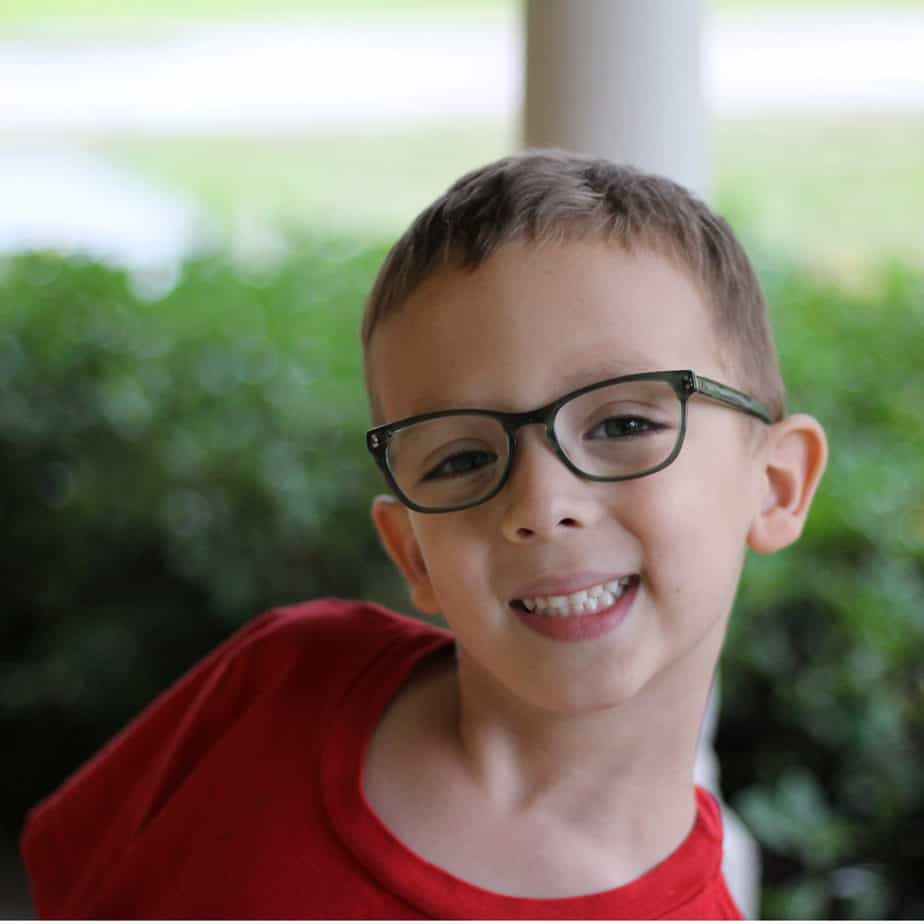 We had no clue that our 4 year old had a vision problem!

Our youngest was never really “into” reading and learning his letters like the older two had been. They had gone to kindergarten knowing how to read, and at 4 1/2, the youngest brother simply did not care. He was into numbers, counting to 100, art, and sports, so we figured he was just a different kid with different interests. What we learned at the eye exam, however, was that the letters on the paper and in books were blurry. Hello! No wonder he didn’t have much interest in learning about blurry shapes on a page! This caught us off guard, and while our other two, at the time, had great vision, the youngest brother was told that he needed glasses. We knew that vision problems in children were common, but we had no idea because looking back, there weren’t any “red flags” besides the delay in reading, but we figured that was normal. Had we not decided to get him an eye exam, we may have not known for a while!

At first, he really did not want to wear them. They gave him a headache (which is normal, they assured us), but after a few days of being gently encouraged to wear them, he realized that he could see so much more clearly and the pictures and letters on the page became clear. He hasn’t missed a beat with sports, either! Sometimes a glasses strap helps, but otherwise his glasses have been easy to play in! 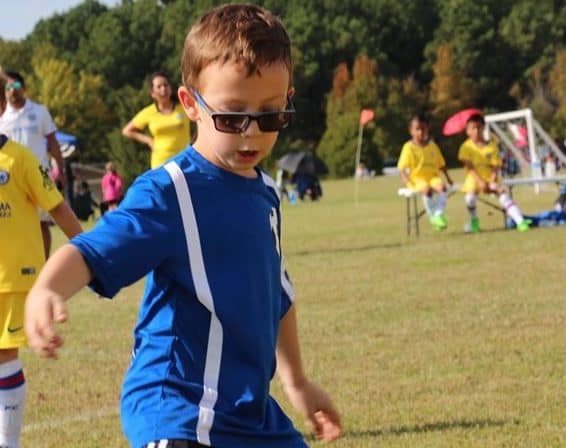 Fast forward a year and he is proud of his glasses. He takes extremely good care of them, is responsible, and I am proud to say that he is becoming a very good reader! He loves school and is excited to learn. I often think “what if we never knew he had poor vision?” Would he be struggling in school? The reality is that 1 in 4 children in the U.S. has a vision problem that affects their ability to learn, and no one knows about it.

Last year, we went to the yearly eye exam and found that our middle son also needed glasses, for desk work and reading only, but he has taken a liking to them as well because they help him see. He loves to read and his glasses have helped him focus on what he is reading, thus making him a better reader. Having a younger sibling in glasses helped ease his anxiety, I think. They are oftentimes mistaken for twins, which he tends to brush off, but it is funny considering they are almost 3 years apart. But, they do love each other, so sometimes they do want to match! That is something special that those two brothers share that their older brother does not have. Glasses create a special bond between brothers!

Millions of kids do not have access to vision care.

What if we did not have insurance that included an eye exam for the kids? Millions of kids have blurry vision and do not have access to care. Nearly a fourth of parents cannot afford a full vision exam for their kids. What happens then? That’s when everyday heroes, people who are not these kids’ parents, step in and donate to Essilor Vision Foundation. People with a heart for children have helped, along with Essilor Vision Foundation, to give more than 1 million people clear sight with an vision and a pair of glasses.

Success in school and life is impacted by a child’s vision. Imagine what would happen if every child was given a yearly eye exam and the ability to get a pair of glasses if they needed one? We could make SUCH an impact on a child’s life, just by giving them the gift of clearly seeing! Vision problems in children can impact learning, confidence, social interactions, and even activities such as sports, art, and music. It can all be improved with a pair of glasses if they are suffering from blurry vision!

Here is how to donate to the Essilor Vision Foundation and change a child’s life! 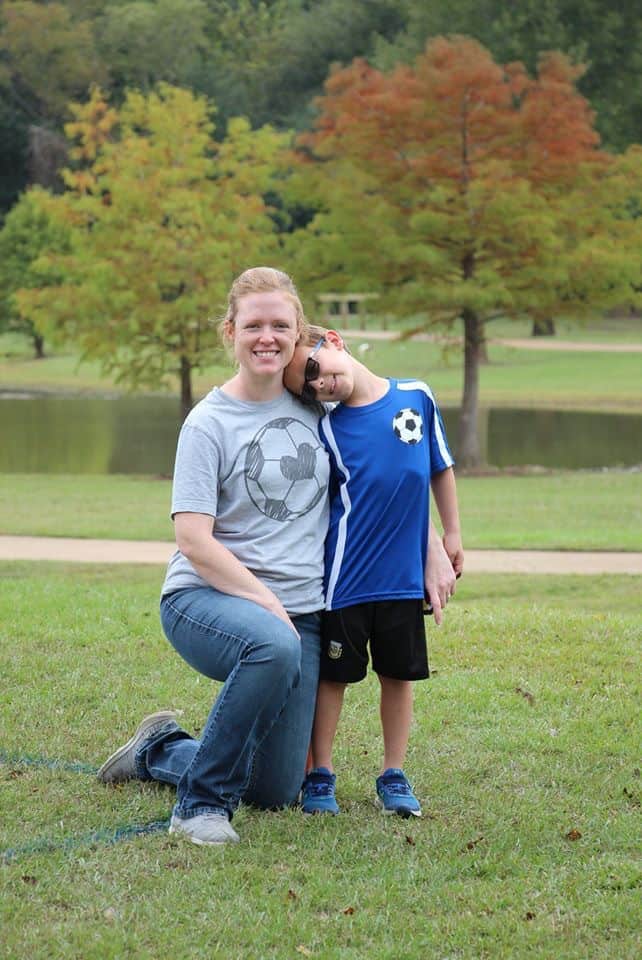 Great job, Gena! You are so talented! Love you, Ben, and y'all's boys! Thank you!