If you didn’t know by now, three of the original four Wiggles will be retiring at the end of this year.  That’s why I was SO thrilled to be able to take the boys to one of the last Wiggles concerts in Texas yesterday, as a part of their Celebration Tour.  Captain Fussybuckets and Baby D haven’t really watched a lot of the older Wiggles stuff, but I can tell you that we have two copies of their DVD – “You Make Me Feel Like Dancing” because when the Captain was about 18  months old, we thought we had lost the first copy we had and since he asked for it daily, we quickly bought a new one.  And the Wiggles’ DVDs – “Hot Poppin’ Popcorn” and “Getting Strong” are also HUGE favorites around here.  We catch them occassionally on Sprout, as well, and the boys are always mesmerized.

My husband and I were shocked and amazed that we were able to sit on the very front row at the concert with the boys.  What a special, exciting,  and just delightful experience!  Yes, I’m an adult and yes, I’m describing sitting on the front row at a kids’ concert with these words.  You see, The Wiggles are REAL musicians with REAL talent.  They don’t have to rely on … anything, really.  Their show is just that good.  We four, along with the rest of the crowd, were entertained from start to finish.  It was a magical, fun, and wonderful time at the Wiggles’ show!

When we got there, there was a Wiggles video playing on the big screen.  Millions of parents with antsy kids thank you for this, Wiggles.  While we were waiting for the show to start, the kids got a mini Wiggles fix, and we were able to relax and enjoy!  This was just one of many ways that you could tell that the Wiggles are seasoned pros, good at what they do – entertaining kids.

Soon the show started and we got to see all of the four original Wiggles – Jeff, Greg, Anthony, and Murray.  We also saw Dorothy the Dinosaur, Henry the Octopus, Captain Feathersword, Wags the Dog, the Teddy Bear, the Big Red Car, some fabulous, talented dancers and the three up and coming Wiggles, Emma, Lachlan, and Simon, (in their current roles, NOT as the new Wiggles…yet!)

If you are attending a Wiggles show, and I highly suggest you do, make sure to bring a few things:  1.  a bone for Wags – could be a real bone, toy bone, paper bone, whatever, but it gets your kids closer to someone from the Wiggles crew.  2. a rose for Dorothy – same as the bone, someone from the Wiggles crew comes out to collect them during the show.  I don’t know HOW we missed this, but a sweet mom behind us gave my boys a bone and some roses for a special photo op.  3.  a special sign for the Wiggles – they read them out during the show!

Now, for the pictures of our great day: 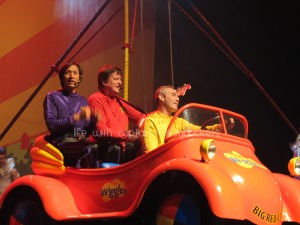 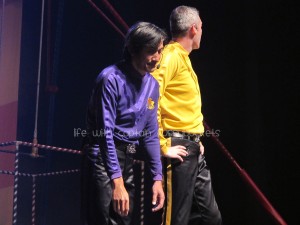 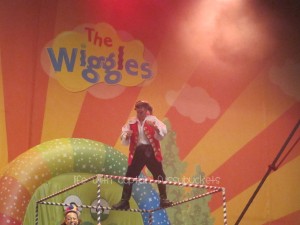 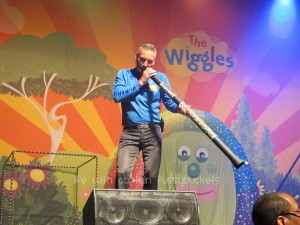 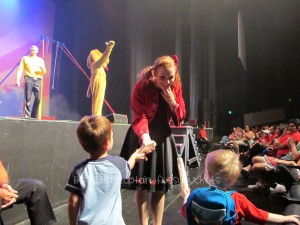 The boys got to meet Emma! 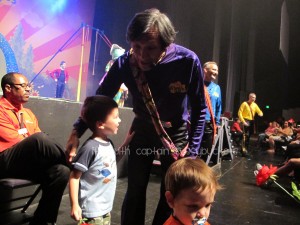 The Captain got to meet Jeff!!! 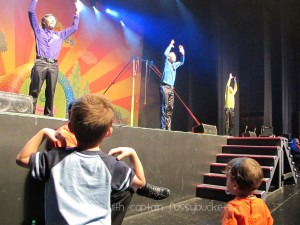 Dancing with the Wiggles 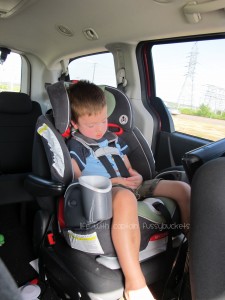 Thanks, Wiggles, for an amazing 21 years of great music and for a great concert in DFW, Texas!!

disclosure:  I was not paid to write this post.  The fabulous Wiggles PR people gave us tickets in exchange for writing a promotional post for the Wiggles’ final concert, however, this post was not required.  I just want to gush about how AWESOME the Wiggles truly are!!

The picture with the captain knocked out says it all... I can definitely tell he had a great time!

Awww...as much as I think the Wiggles are silly and crazy, I would have loved to see my boy dancing with them! :)

I am glad you had such a great time. I know my 4 year old would think this is fun too. Thanks for sharing!

Great report/review, Sweetie! Thanks... Love y'all

The last I heard about the Wiggles one of them was very ill. I'm glad see them back together for one last tour. And I'm super jealous you got to meet them!